The Most Influential People In African Food 2016

Who are the most influential people in African food and cooking today? This is a question which we are sure many of you would like to know the answer to. Well West Africa Cooks has been eager to find out too. To answer this important question we had to considered the area of influence. We defined this as in African food, drink, recipe development, cooking, supperclubs, popups, big foodie events and the restaurant business. We then said to ourselves let us look at individuals who are passionate about the industry and involved in pioneering work which has a positive outcome.

*Television with the largest reach dominates and impact our lives. Established food personalities, in the food industry in the past have risen up the old-fashioned way through television, radio and print media. Pay-Me Oliver is one such example. Mass media influence is therefore the first criteria we have used to order this list, as we believe this has the largest impact on the demographic with the most spending power in the country.

In American and European markets, the next generation of digitally savvy consumers are now preferring the authentic voice of the influencer who they can relate to over the biggest brands so we are considering social media as the second criteria. Digital influencers comes with a strong group of active, engaged followers. Finally we wish to find an answer to who will have a lasting influence on African markets with the success they have achieved to date. That is our third criteria. So let us now find out who is on the list.

Note: Pay-Me Oliver the jollof rice king is not on this list. He does not need any more of our money or more fame. This is United Kingdom based.

Meet The UK's Five Most Influential People In African Food 2016 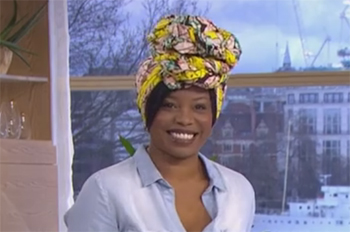 Who
Fafa Gilbert is a celebrity chef, a television presenter and blogger of African cooking. Host of Ndudu by Fafa cookery show on ABNTV.

Why
Mass media and digital power means Fafa is number one on our list. Fafa has appeared where it matters most on a national television station This Morning - ITV and abn TV Sky channel 235. When your mum calls you up and says "there was a black women cooking African food on TV this morning, can you get me the recipe" you can not ignore that mama Africa has been influenced by a chef on main stream media.

See also African food: The next gastronomic trend? A BBC article feature. Fafa is therefore a leader for Ghanaian and African cooking. 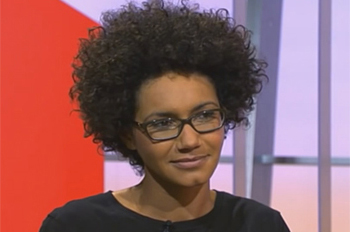 Why
Zoe seems to never rest as she hosts **supperclubs events, writes and travels the world. One complete year of trading with her box park restaurant in Brixton earns her the right to second on our list. New business and repeat business is need to sustain a legacy. Zoe has achieved this with her brand, created employment and feed the masses at festivals and street markets.

Zoe has a brand which is capable of trading at two or more locations at the same time and on an international stage. So her brand is getting noticed. Zoe has appeared on Television, in the national press and various business panels. In 2017 she will be appearing alongside Pay-Me Oliver on television.

Who
Jessica Laditan is a co founder of Pop Up Africa an events management company. Now sole director Jessica also host talks and seminar events for the African eating and dining industry.

Why
Jessica has say in who has access to market. With her vast network of business contacts Jessica has raised the standard of African food service. If you do not get your paper work together and on time your off the list. A consortium of ‘Pop Up Africa approved’ African Food and Drink Traders including Nigerian, Ghanaian, Gambian, Liberian, Sierra Leonean, South African, Kenyan, Somalian, Ethiopian and more Caribbean are available for hire. African culinary food and drink brands have been launched and made available to a wider audience, one example is African vegan cakes. Pop Up Africa is for new and growing African food street traders. The press are starting to take note of this market.

Jessica has delivered three major events in the heart of London in 2016. †Africa Utopia has contracted out Pop Up Africa for the biggest three day African foodie festival outside of the continent. If you are a trading at this event you will make money. Africa Utopia in 2016 was also a platform for food cooking demonstrations. 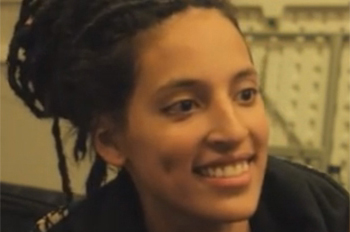 Who
Sandrine, co-founder and director of Open the Gate. Open the Gate is a volunteer-run organization which promotes a positive and contemporary image of African and Diaspora arts, crafts, music, design and culture. Sandrine directs The African Market.

Why
Since June 2013, The African Market has been resident at Old Spitalfield Market London on every fourth Saturday of the month. Sandrine has built this brand The African Market from the ground up. The market empowers new and growing African street traders as seen at Africa on the Square (Trafalgar Square, 2014, 2015 and 2016). The African Market moved to the Camden Market over the summer. The brand Open The Gate has now been seen my many tourists. Sandrine has say in who has access to two mass markets in London on a regular monthly date.

Who
Lope Ariyo is the youngest person, a rising star and a graduate newcomers who is under thirty. She is a social media expert, photo and video tech-savvy entrepreneur.

Why
Lope is a healthy-eating advocate who loves devising innovative African recipes. This passion won her the top prize in the Red magazine and Harper Collins publishing competition with a prize of £10,000. Lope Ariyo cuisine was served at the Red Magazine's third Smart Women Week. Lope has influence and impact with the younger generation growing up. There are many young people second and third generation African who don’t know how to cook African foods living in the Untied Kingdom. For them it is also hard to find a traditional and or modern food recipe book which will inspire. Smart chefs and cooks who concentrate on traditional foods as a starting point for education then fusing with modern techniques can turn their cooking skills into a business. Later they can sell branded chopping boards, recipe journals, aprons and tea sets. Lope is one who could tap into this market.

This list compiled by West Africa Cooks, suggests that those seeking influence in today’s food world would greatly benefit from being Instagram-literate, visionary and interested in promoting the benefits of healthy African food long term. So who are not very much in evidence on this list the people who do not reach out beyond their base? Restaurateurs. We have said before that we believe the ††restaurant owners exist mainly in a silo, targeting a narrow market. We at West Africa Cooks are betting on supperclub owners to grow the market with their reputation, professional manner and entrepreneurial spirit.

Multi tasking entrepreneurs are who bloggers, write cook books and can be presenters will elevate African food from it low market share. Powerful African brands and food products need to be seen. It is on main stream television where we see Indian and Chinese, that African cooking must be.

Making This A Regular Feature

Next year we wish to canvassed our network of entrepreneurs, investors, recipe developers, chefs and managers to identify more key influencers in the African food world. We will ask them to list the people at that moment who are shaping our culture, the United Kingdom African economy, consumer behaviour - in short, the people making things happen. We are looking for more representation from East, North, South and Central African too. We will then process the responses to collate a consensus, cancelling out biases and personal conflicts as we rank the top ten. The year after we will move beyond Europe to identify the global influencers.

Why are we doing this? Africa is a massive continent, many languages, tribes and different people. African foods in Kenyan are completely different to the food cooked in The Gambia. West Africa Cooks has a recipe database of only a tiny faction. We need your opinion, input and action. Start the debate as you may totally disagree with this list. Please comment on Twitter or Facebook #africanfoodie2016. We wish to create some gravity and a network which in future will create a positive image of African food.

Support with your money and then give feedback to African and Caribbean foodies in 2016, 2017 and beyond.

* Note the target market for abntv.tv attracting second and third generation African-Caribbean
** Get £5 off when you place your first order with GrubClub African cuisine events and GrubClub Caribbean cuisine events. For a discount on your first order use this link Discount West Africa Cooks
† African Utopia has a five day festival on the banks of the river Thames in London. Pop Up Africa manages the African food street traders
†† Restaurant owners reach out to the social media conscious youth, value their skills, invest and employ them in your business