What is West African cooking? What do people of West African origin eat? Typically Fufu (Foofoo), Banku, Kenkey and Garii (gari) which are served alongside soups and stews eaten by hand. They eat meals heavy with starchy items, meat, spices, pepper and flavors. Many dishes combine leaves such as Spinach, Bitters and Bologie or fish and meat with palm oil and groundnut. West Africans also love beans, fried plantain and tomatoes. So your family heritage and culture is West African and you are interested in the food, recipes and meals you ate as a child and wish to pass these on to your children or you are a foodie wanting to find out more before you try African cuisine then you have arrived at the right website. This website aims to provide answers to the questions of what do Africans cook, drink and serve family and friends at parties, wedding and gatherings? Traditional meals are documented here like jollof rice, okra in palm oil with meat and rice bread. The ingredients for these foods can all be bought from this affiliated Amazon food market website.

What Are The Ingredients In African Food?

What are the main ingredients used in West African cooking? This site list them out. Cooking styles change from generation to generation. What are the differences with how our parents ate and cooked back home? What is a typical meal for breakfast, lunch and dinner? The modern western kitchen is about precision so here we have recorded many recipes with quantities used in our cooking. This is a real development since it is well known that the practice common in the days of our grandparents and parents was putting ingredients together without actually weighing them out, not surprising since this was the practice for generations. It has been stated by the world health organisation (WHO) that the most nutritious foods are from West Africa. It is healthy food that is eaten in this region of the world. Healthy food can be classified as simple, fresh and undergoes little processing. Processed food is in effect food which has been transformed. A transformation of raw food ingredients happens with intensive cooking, adding food colouring or purified additives to extend the life of the food or change the natural taste. These additives are mostly salt, fat and sugar in nature and are used in mass-produced processed food like ready meals. These meals together with high street fast foods are major reasons for western health issues. Big corporations like to market fizzy drinks and processed food. They market high levels of salt, fat and sugar heavy foods prepared to optimise ease of consumption with lots of plastic packaging high in colour. We are slaves to their business model. Every pound we put on in weight is a dollar in their pocket. West African cooking on the other hand is traditionally slow cooking in nature, made from fresh ingredients it can be vegan and vegetation too. There are lots of fruits and vegetables which make up a West African diet. Flavours range from sour to bitter as well as sweet. All the foods can now be ordered on our affiliated Amazon food market.
Find out about CBD based food supplements and see Hemp Gummies for US supplements from Amazon. What are the main ingredients used in East African cooking? Injera, honey and coffee are the favorites of Ethiopian in countries like Ethiopia, Eritrea and Sudan. Injera is made of tef (or spelt teff) gluten-free grain, described as a super gain by the World Heath Organisation (WHO), baked on a metad plate or clay plate on a fire. Different sauces are added to the injera or pancake and it is eaten by hand all over the country. Honey mead (tej) is prepared with honey as a complement to spicy Ethiopian dishes. Coffee (bunna) brewed in a jebena served with small cups accompanies any meal. The name comes from Kaffa a region in the southern part of Ethiopian.

History Of African Food And America

West African food has traveled across the world to the Americas. The history of West Africans in America stretches back to the 15th and 16th century. In the southern states of the United States of American southern food has been famed for it taste, flavour and imagination. Southern cooking is gumbo and jambalaya. Gumbo is made with vegetables such as okra, onions, pepper, meat and stock. Jambalaya is a mix of meat and vegetables with rice. The people who prepared these foods were from brought directly from West Africa from the start of the transatlantic slave trade and they have been cooking food decedent from African knowledge ever since. Foods, recipes and cooking from Brazil can be trace right back to Nigeria. Caribbean food has it's roots in Africa, soul food has it's roots in southern cooking and this goes all the way to Africa. Recipes need to be documented and searchable this website does that. Sierra Leone cuisine and cooking is complex as is it's history of it's people. The Krio or Creole people of Freetown are the descendants of freed slaves from England "original settlers"; Liberated slaves who were re-captives freed from slave ships, slave ships captured by the British in the bight of Benin; Nova Scotians who had arrived from Canada after the end of the American war of independence and the Maroons arrived from Jamaica who can trace their roots back to the Ashanti in Ghana. So can you call the food that formed and developed over the year traditional African cooking or traditional influenced. So the food knowledge has come from a diverse Africa journey. The journey crosses the Atlantic via the Caribbean and Great Britain. The foods and drink knowledge; tribal languages and culture come from other parts of West Africa too. This part of the continent or this stretch of Africa is the most populated area in African and covers over 16 countries today. Find out about food and drink in southern Africa and what Zambians like to eat

The west African recipes which make up Senegambian, Sierra Leone, and Liberian Jollof Rice, Krain Krain, Rice Pap, Rice Bread and Groundnut Cake; Nigerian Pounded Yam and Egusi, can now be ordered online on our affiliated Amazon food market. African and Caribbean food is now accessible from your mobile phone just as West African clothing and music are, so are the drinks like Palm Wine, Ginger Beer and Rum. So if you love African food or wish to find recipes and know the food ingredients search this website. You may be now asking yourself what is happening now in West African cooking and food? What are the future trends and can I find an African cook book? What about the cooking of West African cuisine in America and Europe? Why does it not sit along side Chinese, Indian or Italian food? Why are there so few African books in the shops and libraries? To answer some of these questions we have to look at the larger question of black African and Caribbean ownership in many business section which creates a community. Total ownership together with employment decision makers creates wealth for communities. This website discusses these topics in many articles plus we promote the businesses West Africa Money and West Africa Phones. 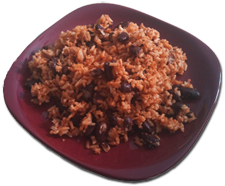 Read three reasons why you should document your recipes